Donate
You are here: Home / Latest News / Ground Rents Income Fund plc offers help to leaseholders … in order to keep this grisly show on the road 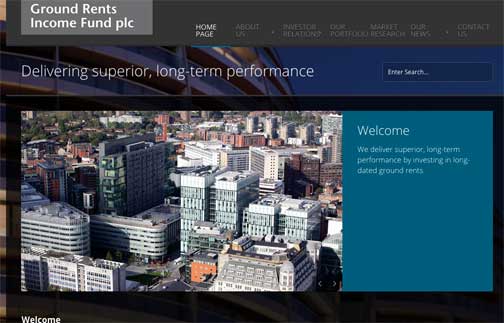 The initiative is a desperate effort to get government off its back and to ensure speculation in the freeholds of ordinary people’s homes can continue. Its statement is here

11 per cent of the fund, which has a market capitalisation of £114 million, are freeholds of leasehold houses.

“During the remainder of this year, the Company will contact all of its residential leaseholders with doubling ground rents, regardless of whether they have a 10, 25, 33, 35 or 50-year review cycle, and offer them the opportunity to convert their existing review mechanism to the lesser of inflation, as measured by the Retail Prices Index (RPI), or doubling, while retaining their existing review cycle.

“This offer, which will be without obligation, will remain open to leaseholders for a period of 12 months, in order to give them, and in many cases their mortgage lenders, the opportunity to fully assess the proposal and conclude the required legal processes.”

The offer only applies to those leaseholders, and lenders, who contact the fund, and its admin cost is estimated at £200,000.

The fund statement adds: “… as a result of changes in market sentiment the value of the doubling assets within the portfolio may now be worth approximately £5.5 to £6.0 million less than as at 31 March 2017.”

The initiative is highly strategic, and there are City PR fingerprints on the pious intonation about the fund not owning doubling ground rents in perpetuity.

These are extremely rare, and the modus operandi of small-fry leasehold gameplayers such as Martin Paine, who was called a “crook” in the House of Commons last December by Sir Peter Bottomley. More here

The funds initiative also echoes the strategy of E&J Capital Partners, which sacrificed some of its own 10-year doubling ground rents to preserve the rest of the portfolio.

3.9 per cent of its portfolio is made up of doubling ground rents every ten years, and these include many leasehold houses.

This change of heart by E&J Capital Partners – whose boss James Tuttiett featured in The Sun as a “property fat cat” last month – allowed Countryside Property plc to offer freeholds to leasehold house owners at a limited number of sites.

But it is also clear that most speculators in residential freeholds at E&J Capital Partners are not interested in making any concessions to leaseholders.

Fortunately, the BBCR4 You & Yours consumer examined all this manoeuvring with clear eyes last month.

All this puts the spotlight on the murky Adriatic Land freeholds, administered by Will Astor, founder of the Long Harbour fund, who is the protégé of Vincent Tchenguiz: the grand master of finding hidden value in residential freeholds.

The Adriatic Land companies all hide their ultimate beneficial owners behind nominee directors appointed by the Sanne Group, headquartered in Jersey.

It has yet to make a PR play, although Will’s dad Viscount Astor has joined the All Party Parliamentary Group on leasehold reform, of which LKP is the secretariat.

We are delighted that he is interested in the plight of young first-time buyers who have been ripped off by the leasehold system, and very much look forward to his insights.

Meanwhile, the usual sector stooges of lawyers and valuers – whose mortgages and children’s school fees are all ultimately paid for by leaseholders – have been trooping into the DCLG to warn off civil servants from reforming the sector.

“Be careful what you wish for,” seems to the mantra de jour.

The Property Ombudsman fines agent for selling house as ‘virtually freehold’. (Don’t worry ARMA members: it was only £200)
Next Post: McCarthy and Stone says ground rents essential, but why sell freeholds to murky Adriatic Land?