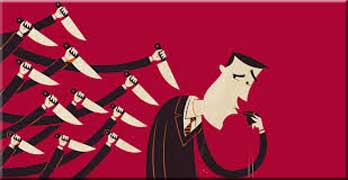 We would like to appeal to housebuilder whistleblowers to step forward, who were either employed in the past – or are still employed – by developers caught up in the onerous ground rent scandal.

We wish to unravel: how onerous ground rent terms became policy among major housebuilders, and the origins of the industry-wide enthusiasm for creating leasehold houses.

We want to know how freehold owning companies have been set up and their ownership transferred to anonymous investors, to avoid offering the right of first refusal to leaseholders.

We want to know who the freehold investors are, and whether they are offshore.

The business model of the Dukes of Westminster began 300 years ago; we do not need any more rentier dukes created in this day and age.

There must be executives in these house-building companies who knew that these policies were a disaster-in-the-making.

Taylor Wimpey’s doubling ground rents between 2007 and 2011 were bound to come home to roost.

At one recent meeting, a veteran executive of a housebuilder was appalled by this practice before it began in 2007. S/he was reassured that it would not come into force.

Whistleblowers are also very welcome from the freehold investment companies that have hoovered up these dubious assets. We appreciate that might be a bit ambitious.

“Anyone who wants to step forward can do so in the sure knowledge that their anonymity will be protected,” said Mr O’Kelly.

“In spite of considerable contrary evidence, journalism at its best is a very serious occupation and is frequently the only means to hold power to account.”

Alternatively, whistleblowers can contact our patrons Sir Peter Bottomley MP or Jim Fitzpatrick MP directly (but please alert us at LKP, because their email addresses are even more deluged than ours.

As there is an All Party Parliamentary Group meeting on April 19, now is the ideal time to come forward to have these issues raised.

Housebuilders and exploitative freehold investors are on the back foot as at last this foetid corner of the residential property market comes under the spotlight.

Government is taking about “feudal” abuses; questions are being asked whether Help To Buy should not be renamed “help to invest”; the prime minister cannot understand why houses are being built leasehold; MPs are asking questions; some are naming names.

A housing crisis – and quite possibly a pension crisis, too – is brewing as a result of developers and leasehold gameplayers attempting to turn a generation of homeowners in England and Wales into long-term tenants. That is, leaseholders.

The next All Party Parliamentary Group meeting on leasehold reform is scheduled for April 19. The one on March 22 had to be cancelled at the last minute owing to the Westminster attack.

If you work in the housing business, and deplore the systematic wealth erosion that the sector has unleashed, then please step forward and get in touch.

Retirement housebuilder hands £7m of freeholds to the leaseholders

Ask Louie Burns: The leasehold houses scandal and what you can do about it
Next Post: Is this LEASE being ‘unapologetically on the side of leaseholders’, Mr Barwell?