Donate
You are here: Home / Latest News / Leasehold houses have at last got the scandal of ground rents into the nation’s consciousness. But this is much worse …

Thousands of leaseholders who signed informal lease extensions – or bought flats with them – are going to see the value of their properties fall, and the nesteggs they put aside for their old age fall away. This is the greatest scandal in leasehold and it is only a matter of time before it unravels 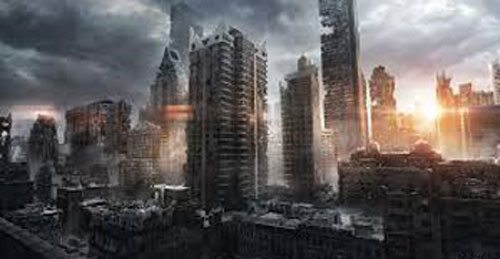 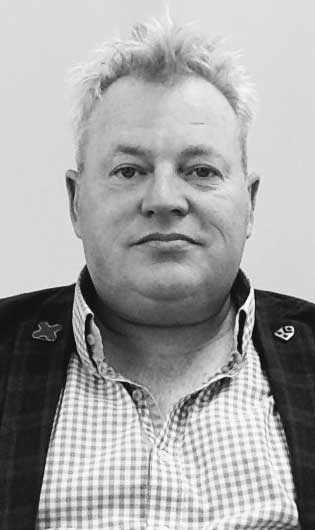 It has been immensely gratifying over the last few months to see the focus firmly remain on the leasehold house scandal where many of the largest developers needlessly sold houses as leasehold.

To make matters worse they embedded excessively high ground rents with accelerating clauses which see them double every 10 years or are linked to RPI. They also inexplicably buried clauses in the leases that allowed the new freeholders to demand huge sums of money for licences and permissions to be paid to them by the unsuspecting leaseholders.

This has left tens of thousands of people in seriously financially disadvantaged positions which has caused them severe stress and upset all caused by major developers who they trusted, a real scandal.

Through the indefatigable efforts of The Leasehold Knowledge Partnership and the National Leasehold Campaign Facebook page, the continued focus on this needless scandal has started to bring real change.

There have already been statements from the Housing Minister, the Prime Minister and even in this years’ Queen’s speech all promising to end the leasehold abuses.

It has also seen Taylor Wimpey offer 130 million pounds to try to ‘rectify’ the doubling ground rent scandal. On top of that Nationwide Building Society have now altered their lending criteria on leasehold properties with many other lenders confirming that they are reviewing their current criteria too.

Arguably though, the biggest benefit achieved so far has been to raise the issues of ground rents in the consciousness of the nation.

There is however a bigger scandal on a much greater scale that involves doubling ground rents that is waiting to be uncovered. This scandal has already affected hundreds of thousands of people.

This scandal is receiving virtually no media nor political focus and many leaseholders are completely unaware of the trap they are blindly falling into.

I am referring to informal lease extensions undertaken for leasehold flats.

What are informal lease extensions and what are the real issues surrounding them?

Once completed this strips out any future income from ground rents and lease extensions for the freeholder and they really don’t want this to happen.

Avaricious freeholders and their oily legal advisors put in a huge amount of effort to prevent leaseholders using their legal rights to extend by constructing ‘Machiavellian’ informal offers which are quick, easy and seem to save you money but the very opposite is true.

How do freeholders push their informal lease extensions onto you?

If leaseholders decide that they need a lease extension they will generally contact a solicitor or valuer to ask their advice. The majority of these professionals will recommend contacting the freeholder directly in the first instance to ask them how much they want for the extension. They will claim to be ‘experts’ in negotiating directly with freeholders and point out it could save you time and money.

Even if you don’t contact your freeholder directly, you will often find you receive an informal deal from your freeholder once you have Served the legal Notice to extend.

Here’s someone who knows how to play the lease extension game:

Martin Paine ‘is a crook who is turning sleaze in leases into an art form’, MPs told

Many freeholders have a process of refusing to negotiate on a legal lease extension and promise to be difficult throughout whilst presenting their informal offer which they will complete on cheaply and easily.

Once the ‘deal’ arrives from the freeholder these professionals acting for you will often intimate, with heavy caveats of course, that it is a good deal for you. If it’s a bad deal but you’re extending because you wish to sell the flat, they will often advise you to let the person who buys from you ‘deal with the consequences, why should you worry?’

These deals will usually offer to extend your lease back up to only 99 or 125 years.

This is evil genius by freeholders because not only will they make a fortune from the actual ground rent they will now collect, they know that in another 15 years or so someone will have to extend the lease again and with ground rent that high they will have to pay many tens of thousands of pounds for the extension.

They have turned a one-off lease extension that may have earned them a few thousand pounds into a valuable asset that could easily earn them at least £60,000 to £70,000 over 15 years.

If you would like a full explanation of why informal lease extensions are so damaging, please click here.

What does this mean for the flat owner?

Leaseholders who tried to rectify their lease length and accepted one of these informal lease extensions have sold themselves into huge debt to save just a few hundred pounds on the cost of a statutory lease extension.

At best, it will strip any equity that they may have built up over the years in their flat and at worse it will leave them with an unsellable flat.

If you have accepted a ‘quick and cheap’ informal deal to enable you to sell your flat, you may now find a much more cogent buyer refuses to buy your flat, or he may offer a much lower price for it to take into account the dreadful deal you have signed.

Potentially, buyers will now also find it much more difficult to secure a mortgage on a flat with onerous ground rent terms as lenders tighten up their lending criteria. This could leave you with a flat that is unsellable.

There is no doubt that due to this increased focus on ground rents from buyers and lenders real care should be taken before you decide to agree to accept an informal offer.

How can informal lease extensions still be legal?

What is so astounding is the fact that these informal lease extensions are allowed to happen in their thousands every year to unsuspecting flat owners.

In a world that offers so much consumer protection, how can greedy freeholders be allowed to trick people with complex compounding financial deals that ruin lives?

How can it be illegal to sign someone up to a £10 a month mobile phone contact without spelling out every single aspect of the deal first but it is legal to trick someone into a complex deal which could cost them £50,000 with no legal recourse?

How can informal lease extensions be unregulated still?

What is the best way to keep free from the effects of these informal deals?

If you are buying a flat, ask if the lease has ever been extended.

If the lease has not had 90 years added or if there is still ground rent, it’s had an informal lease extension.

If so, has demand to see the ground rent and when it increases as a matter of urgency.

Consider carefully the real implications of the deal before buying.

This can only be answered by Government, the DCLG and LEASE who are all totally silent on this scandal.

There is no doubt that this informal lease extension scandal will soon be uncovered and written about and the scale of this scandal will be staggering.

I estimate that between 40-50% of all lease extensions carried out each year are informal and this has been going on for 25 years!

When flat owners come together and realise what they have been tricked into signing by amoral freeholders and their solicitors, a scandal of breathtaking proportions will be revealed and it will dwarf the current leasehold houses scandal.

There will be tens of thousands of flats that will be unsellable and thousands of normal hard working people will see that they have been tricked into giving away the financial provisions that they have made for their future over to greedy millionaire freeholders.

It is time for the government, trade bodies and the media to step in and rescue the forgotten casualties of the doubling ground rent scandal.

The sector fights back … er, deploying LEASE chair Roger Southam
Next Post: No turning back … summer of 2017 »