Donate
You are here: Home / Latest News / Cramlington: The wet dream of housebuilders, where everything is sold leasehold 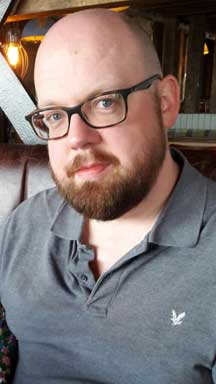 I live in Cramlington in Northumberland, a new town which began its development in the Sixties by what is now Bellway and Persimmon homes.

The vast majority were sold as leasehold and only now, as leases reach a critical point in their tenure where mortgages are difficult to get if the freehold has not been purchased or extended, are people understanding how much of a trap they are becoming.

There are many new developments in Cramlington and in neighbouring towns and constituencies that have new build homes being sold as leasehold.

One Bellway development is charging £11,000 to purchase the freehold at the time of sale. Annual ground rent if not purchased as freehold would be £299.

These additional sums to purchase a house are really scandalous and unnecessary, but have somehow been imposed on this area.

It makes it more likely for first time buyers who have to save for a deposit, to fall into the leasehold trap.

I find it very frustrating that no developer is being held to account over the issue.

Each time I’ve asked at a development why homes are being sold leasehold, I’ve been met with a “They just are” response, as no one is able to justify the practice.

I’ve contacted my local MP, Ronnie Campbell as well as neighbouring MP, Ian Lavery and Mary Glindon to get involved with the All Part Group on leasehold reform as this issue also affects their constituencies.

Furthermore, Cramlington’s leasehold legacy has featured in the media, notably in the Daily Mail in 2015.

I look forward to what the APPG is able to achieve and hopefully England can go the way of Scotland and abolish the practice. 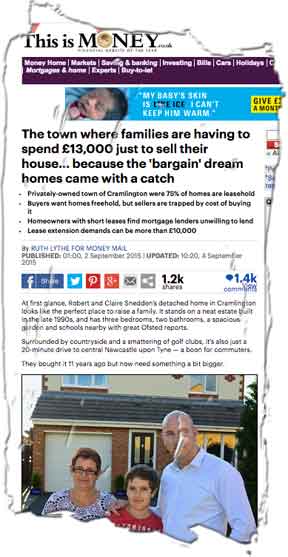 The background is this: Cramlington was primarily developed by William Leech which became part of the Persimmon Group, and J.T Bell which became the Bellway group.

The partnership between the two housebuilders still exists today as part of the LeeBell Consortium and they have developments going through the planning phase at the moment for almost 2,000 homes across various sites in Cramlington, as well as a smaller development of over 700 homes by Barratt.

This is a significant amount of homes that will come to the market over the coming years.

Based on current form from the housebuilders they will probably all be sold as leasehold unless the practice can be stopped.

From the developments I’ve visited in the area, there are very few which are being developed with homes being sold as freehold.

I also understand that Barratt only sell homes as leasehold in the North East of England and the Sheffield area [the CEO of Barratt told the APPG in December that his company had built 1,000 leasehold houses primarily in the Manchester area.

Taylor Wimpey is actually selling its local developments as freehold, and has anway undertaken not to sell homes with leasehold tenure at new sites from January 1.

Taylor Wimpey and Bellway have a joint development at Holystone Park on North Tyneside.

Miller Homes have just started on site in the last couple of weeks on a new development (Barley Meadows) in Cramlington, and the three Miller developments nearby at Seaton Delaval, Blyth and Shiremoor are all being sold leasehold. So I imagine this development will also be sold with leasehold tenure.

Whether you’re a first time buyer or not, getting a deposit together either from savings or equity from a sale of another home is hard. Finding that extra cash to buy the freehold is probably next to impossible even if you can add the cost on to a mortgage (if the bank will allow it), so I imagine many homebuyers purchase a new home with a leasehold tenure as they have no choice. 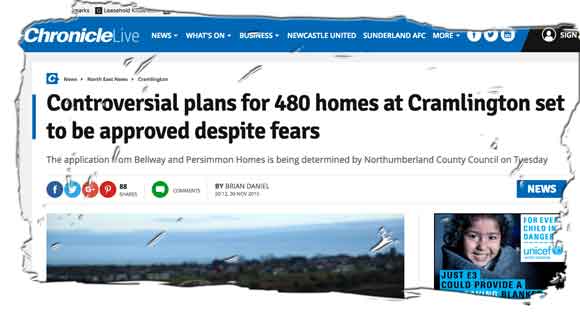 We do have some local action starting to take place as one local estate agent, Paul Reynolds from Renown Estates is trying to galvanize local councillors and residents to start taking action as well as raise the issue in council meetings.

However, this action does seem to be aimed primarily at the issues of existing homeowners of leasehold properties.

I would like to ask, what do the banks have to say on this matter? Is there any way that banks could be pressured to stop any further lending on new build leasehold properties? I’m sure if the means of financing mortgages dries up the house builders would soon change their ways.

Bellway offers young mother freehold for £3,750. But Adriatic Land demands £12,750 … then agrees to half the sum
Next Post: Now Daily Telegraph wades into the leasehold house racket