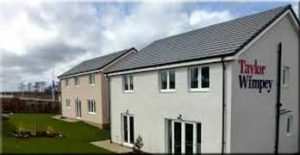 After years of campaigning by LKP, it looks as if the sale of newbuild leasehold houses is coming to an end. With support from the NLC and the national newspapers in recent years, it has become more and more difficult for developers to convince customers that a leasehold house is somehow a good idea. The use of terms like “virtual freehold” is now long gone.

Developers now appear to have switched more and more of their house sales to freehold, although many now try to adopt the ‘fleecehold’ model. This burdens freeholders with some of the same charges they used to add to leasehold houses in the past, like permission fees.

Now that most developers are unable to sell leasehold houses they have suddenly dropped their previous claim that leasehold houses helped them sell homes at a lower price. They also used to claim that people in the NW and NE were somehow more used to buying leasehold and were more than happy to do so.

The figure for newbuild leasehold houses had gradually increased from 6% of the market in the 1990s up to 10% of sales by 2007. It stayed at that rate until 2014 before starting to climb.

In 2018 the market for newbuild leasehold houses has collapsed by almost 80% from the 2016 peak.

To date, 2018 has seen just 2,188 new leasehold house sales registered with the Land Registry, with the numbers going down as the year progressed.  In the last two months of the year, just 228 newbuild leasehold houses have been registered. It takes a number of months for all new sales to register but at the moment it looks as if sales have returned to levels not seen since the 1990s. 2019 seems likely to see that number drop even further.

Sales values of newbuild leasehold houses are now also down from their peak of £2.7 billion in 2016 to £625 million.

In the circumstances, it is unsurprising that most of the developers and freehold investors have suddenly become very supportive of the government’s proposed ban on the sale of newbuild leasehold houses under some future legislation. They now seem to focus on keeping their income streams from leasehold flats and creating freehold “fleecehold” sales income streams. The submission from the House Builders Federation to the Select Committee somehow avoids all reference to the fact the leasehold market had grown so much. It glosses over the problems caused and suggests it is somehow important not to change the market too much.

Why has it taken so long?

The leasehold house issue is a problem which could and should have been addressed long before now. Over the years the various and numerous Housing Ministers were persuaded that LKP was wrong to say that leasehold houses were causing a problem in the market.

When LKP met Minister Brandon Lewis in 2015, officials and developers assured him that developers selling more and more leasehold houses was nothing to worry about. There is now.

Thousands of leaseholders are stuck in homes blighted with onerous lease terms.

The problem now faced by many leasehold house owners is that the government has stepped back from its previous commitment, made in December 2017, to help those already burdened with onerous leases. That commitment by Sajid Javid seems to have been watered down by James Brokenbshire to no more than asking officials to keep an eye on developers voluntary schemes which are supposed to mitigate the problems the developers created.

It is at best naive to believe that developers will do any more than the absolute minimum to mitigate their customers’ losses. A number of developers seem to be working on the assumption that officials are not aware of which of them have sold with onerous lease terms, and many of the freeholders seem to have worked together to claim that the size of the problem has somehow been overestimated by LKP. They seem not to have noticed that the numbers they are criticising appear in government documents.

It is difficult not to conclude there has been some link between the growth of the leasehold house market and the large quantities of tax payers’ money available only for newbuild purchases through the Help to Buy scheme.

The developers used to claim that selling houses leasehold enabled developers to sell them at a discount. This argument has been questioned over the years at many APPG meetings by those developers who have not exploited this market. The reality is that leasehold houses are sometimes sold at a lower price than freehold houses in the same area but they are also sometimes sold for as much if not more than freehold ones. In 2017 Miller Homes were unable to explain why two identical homes on two identical plots in the same development were sold within three months of each other with very different results.

Miller Homes commented on the price difference as follows:

“We are unable to comment on specific prices paid by customers as a number of factors are taken into account, such as incentives, as well as tenure.”

At the end of 2018 Miller Homes’ website still claims that the difference between a leasehold and freehold home is:

Leasehold:
“Land held under a lease for a specified number of years on which a ground rent is paid. Find out more here.

Freehold:
The full ownership of both the property and the land on which it stands.”

Like so many other freeholders and developers, Miller Homes feels entirely confident in recommending those with concerns about leasehold issues to contact the government funded leasehold advisory service (LEASE).

Telegraph reports that leasehold newbuild flats are on the rise

Santa visits Citiscape and New Providence Wharf
Next Post: Pull the other one, Vincent! Leasehold reform hasn’t stuffed Fairhold. It was downgraded in 2015 …