LKP sadly announces the death of one of its trustees, Professor James Driscoll.

James was a solicitor, an academic, an author and a mediator. For eleven years he sat as a judge on the First-tier Tribunal (Property Chamber).

Siobhan McGrath, President of the Property Chamber said that “James had been a talented and popular Judge at the Tribunal before his retirement. He will be greatly missed”.

James worked as a consultant solicitor with Trowers Hamlins for 20 years, where he advised on all aspects of residential landlord and tenant law including enfranchisement and new lease claims and leasehold management.

In addition to his judicial work and legal practice James held a number of academic positions in England and in the USA. He was an Emeritus Professor of Property Law at London South Bank University.

James was a very well-known speaker at conferences and seminars for solicitors, surveyors, managing agents and leaseholders. He was also a prolific author of books and articles on residential landlord and tenant and housing law.

His many books include guides to leasehold law, new legislation and commonhold, for which he had a particular interest.

James was a critic of residential leasehold law which he argued often works against the interests of leaseholders and tenants. James was a proponent of Commonhold – a system which provides freehold ownership with a democratic system of management.

He was closely involved in the revived interest in commonhold tenure and it is sad that he died before seeing substantive reforms to make commonhold work in England and Wales, the only two countries which do not have some form of it.

The funeral takes place at Golders’ Green Crematorium and Mausoleum, north London, on Thursday at 11am December 12.

The following tribute to James Driscoll was written by Tim Bullamore: 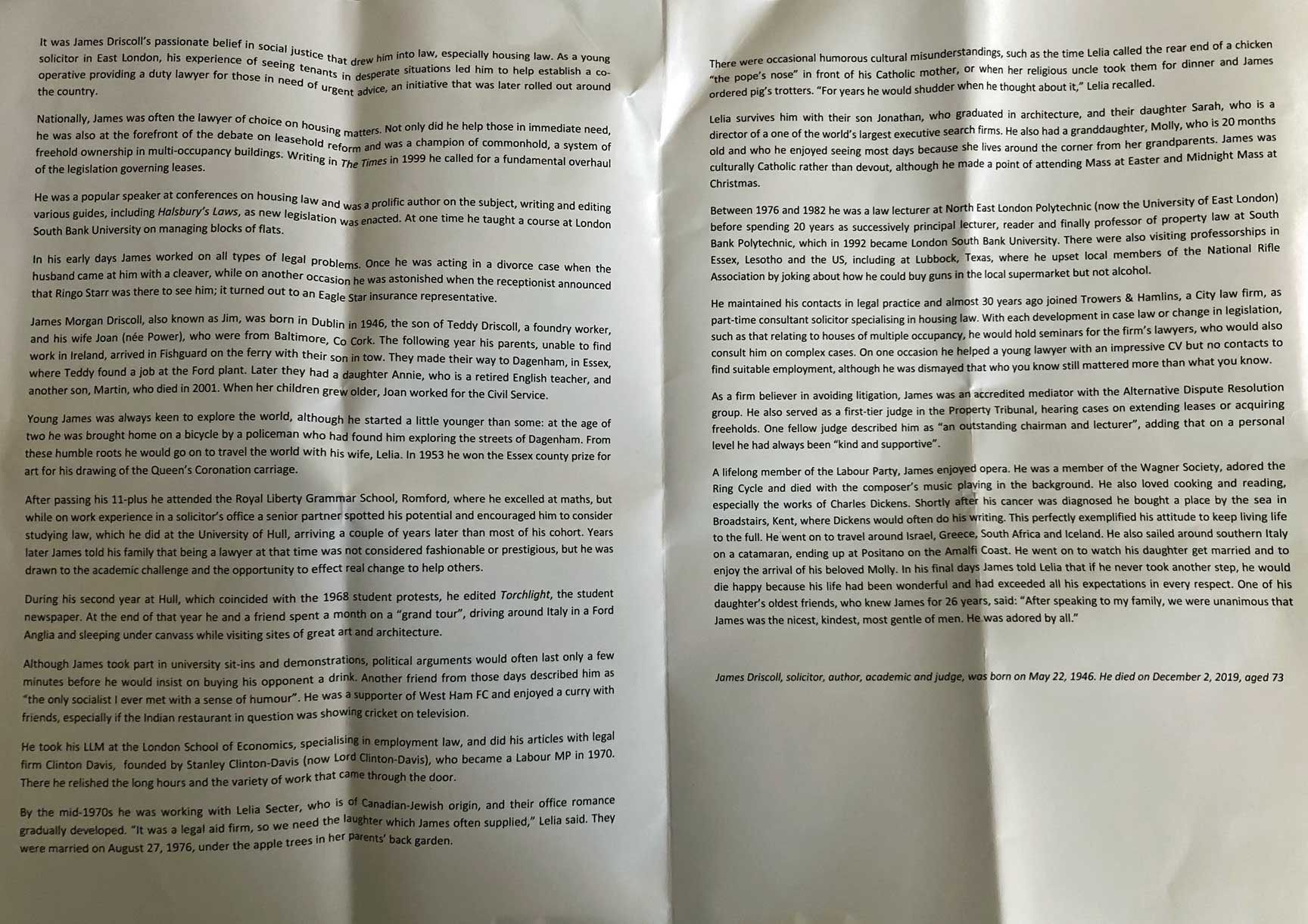 New trustees and changes at LKP

Does Li Ka-shing own your Adriatic freehold, or Hutchison Whampoa, or billionaire Frank Sixt, or Astor? Only Long Harbour knows, and it’s not saying …
Next Post: Cladding site? Come to parliamentary meeting on January 9 … and get your MP to attend as well