Donate
You are here: Home / Latest News / Sector foxes warn that changing leasehold will be ‘dangerous’. But for whom? 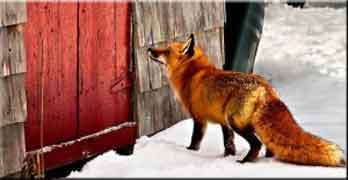 The government now understands something that LKP has been saying for years: leasehold is a deeply flawed system. It is also a critical and growing part of the housing market in England and Wales.

This has come as a shock to many providers in the sector. Some had become so complacent after the election, thinking that the govenment had lost interest in reforming leasehold, that they forecast nothing would change. Even in the week before the government consultation was launched on July 25 2017 called “Tackling unfair practices in the leasehold market”, some were still confidently predicting that nothing was going to happen.

As soon as the consultation was launched things changed dramatically, and we’ve seen the sector desperately organising themselves to try to limit potential changes the government may suggest, while at the same time claiming to have put their own house in order.

In a somewhat unsubtle plea to The Times, September 7,  entitled “Ground rent cut ‘means fewer flats’” the CEO of McCarthy and Stone warns bluntly that if ground rents are cut it will mean fewer retirement homes.

Please follow and like us:… but leaseholders are concerned it is selling freeholds to anonymous buyers … McCarthy and Stone complains about ‘right to reply’ to LKP / Better Retirement Housing articles McCarthy and Stone told The Times yesterday that there would be fewer of its form of retirement flats if the government reduces ground …

The developers seem to be arguing among themselves currently. Some accept that they’ve been rumbled: they see that it’s no longer possible to assert that selling houses leasehold is defensible and they realise that the increasingly onerous lease terms some have imposed have damaged the market. Other developers continue to insist that there is nothing wrong, and that you somehow need a leasehold site in order to pay someone to cut the grass.

McCarthy and Stone’s accounts rather give the game away, however. The ACCOUNTS show that ground rent sales are just an additional profit stream. See page 23 of the accounts. It shows  “FRI revenue” £27.7 million. This sits within a total operating profit of £95.1 million. McCarthy and Stone explain that the freeholds are sometimes sold on to third parties, even before the bulk of the leaseholders have moved in.

This early sale takes away the 1987 Act option which the pensioners have to buy their own freehold. This is hardly an exemplar of providing customer choice.

At the moment the sector is hurriedly trying to work together in an attempt to design some sort of scheme to self-regulate. Maybe the plan is to agree a set of sector wide lease terms that are “not too onerous” in the hope that the government goes away?

If there were any genuine interest in such a project, the question would have to be: why on earth did the sector not do something in 2005, when these onerous lease terms began to emerge?

The whole sector has known for years how they have made the system work, to their advantage and at the expense of their customers. They were fully aware that they were taking unfair advantage of the imbalance of information and power.

It’s not just the developers who are at fault. The whole supply chain including: the funding companies, the mortgage lenders, the surveyors, the solicitors and the freehold buyers have for years turned a blind eye to the onerous lease terms that now blight thousands of homes. (100,000 homes, according to Nationwide.)

The freehold speculators want to warn government of the damage that could happen to their income streams if the government changes the law. They warn about the impact on pension and investment funds if they’re not allowed to make large profits from their ground rent holdings. Many of these freeholder speculators are based offshore, and even supposedly ethical charities have no problem spending vast sums in the courts defending the income they generate to the detriment of leaseholders.

It should come as no surprise that in the vanguard of the apologists for the leasehold system, we find none other than the chair of the government’s own Leasehold Advisory Service (LEASE). That’s our old friend Roger Southam.

Roger Southam silenced on LEASE website as blog is removed

This is a man who seems to miss no opportunity to point to the supposed failings of leaseholders. He does so again in this month’s ‘First Time Buyer’ magazine, telling potential leasehold virgins that leasehold is a nice cosy world with nothing to worry about providing you are happy to be a good neighbour. He somehow omits to mention all of the potential drawbacks of buying leasehold.

It is beyond our comprehension that DCLG remains oblivious to the fact that a man who supposedly follows the Nolan Principles of public service, a man meant to be heading an organisation wholly on the side of the leaseholders, never misses a chance to put the case for the status quo.

Nor does he miss the opportunity to point to the example of leaseholders doing something wrong.

You would have thought that after LEASE had been instructed to take down last month’s Chairman’s statement by Mr Southam that there might have been at least a little circumspection. But no, Mr Southam feels the need to provide a homily about how nice leasehold can be if leaseholders just get on with each other and follow the rules.

He fails to mention that sometimes landlords use those rules to exploit the leaseholders and make their lives a misery.

He fails to mention that first-time buyers need to make absolutely sure that their solicitor tells them the whole truth about the terms of the lease.

He fails to make it clear that it is absolutely essential that a first-time leasehold buyer does not use the developer’s “recommended” or “approved” solicitor or surveyor, but instead chooses their own completely independent experts. Although “free” fees paid by the developer are bound to appeal, the evidence shows that an independent solicitor and surveyor are far more likely to warn of onerous lease terms.

It is little wonder that so many leaseholders now see leasehold as corrupted from start to finish in providing income streams for speculators and their hangers-on.

It seems that the sector has become so used to the idea of plundering every aspect of leasehold, and for so long, that they are in shock that anyone should dare to suggest that this might be wrong.

The government has been desperate to address the housing crisis.

However, there seems to be a strong argument that the ‘Help to Buy’ scheme has done little more than help developers to achieve super–profits while burdening thousands of first-time buyers with onerous and unnecessary leases.

Rather than claiming to have improved their practices and putting out the PR bluster that nothing is wrong, or that matters could somehow be solved by some spurious code of conduct, the sector should perhaps apologise and explain what it plans to do to help the 100,000 residential homes blighted by onerous lease terms and tens of thousands of retirment homes blighted with poor second hand values.

The fox has been stealing the chickens for many years.

We have had two OFT investigations, a CMA investigation, a Law Commission investigation and decades of resolute inactivity from the taxpayer funded Leasehold Advisory Service.

Each time the providers in the sector have succeeded in assuring the government that they will look after the chickens better in the future, and the government has always believed them.

Apparently, it’s complicated looking after chickens, and anyway it’s always the chickens fault because they don’t understand enough, and they don’t bother to learn.

Maybe, finally, this time around the government will understand that what the chickens need is a proper fence to protect them from the many foxes in the sector.

LEASE is recruiting … But why the pandering to the sector’s commercial interests?