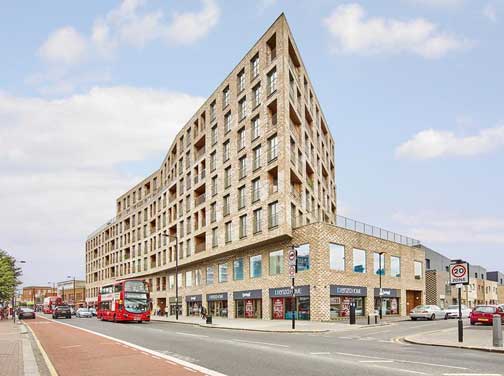 Countryside Properties plc, which was selling now unmortgageable properties with rip-off doubling ground rents as late as last summer, has come up with a deal with Long Harbour over Silver Point, in Edmonton.

Leaseholders, whose lives have been on hold since the doubling ground rent scandal erupted at the end of 2016, are to be offered amended ground rent terms “within the next two weeks”, Countryside Properties plc says.

The delay is attributed to Enfield borough council owning the headlease to the site.

Baz Jafar, a leaseholder who has articulated the woes on the leaseholders in national media, said: “It looks as though we may have some sort of deal on the table – finally.”

The deal is complicated in dealing with the various unknown – and unknowable – interests involved in the ownership of freeholds, run by the Long Harbour fund.

Long Harbour, a fund of supposedly £1.6 billion of property assets was is run by Vincent Tchenguiz-trained William Waldorf Astor – the half-brother of Samantha Cameron and heir to the viscountcy.

Many of the residential freeholds it owns are held in secretive offshore entities, and even the UK ones invariably have nominee directors.

When the scandal began Countryside Properties plc was telling its ex-customers that the onerous ground rents were their problem to resolve.

Last August Baz Jafar told LKP: “Up until a few weeks ago we were emailing Ian Sutcliffe, the CEO of Countryside Properties plc, and we were being told there is nothing untoward in ten-year doubling ground rents.

“And if we had any questions concerning the lease terms we should speak to our solicitors who handled the sale.”

Edmonton has a vibrant population of close to 100,000 people with both local & national retailers and service providers represented on Fore Street; including Tesco, Superdrug, McDonald’s and Peacocks. Silver Point is located within the heart of the thriving Upper Edmonton retail district, just south of the North Circular Road (A406), less than half a mile from Silver Street Railway Station.

Sajid Javid tells BBC why his leasehold and lettings regulator is a good idea
Next Post: Sky told ground rent scams were ‘a bit more cash’ for beleaguered housebuilders